What a weekend! Friday and Saturday were a whirlwind.

I was up early Friday morning to catch an early megabus to Chicago with some of my favorite AMA Iowa peeps, and it is best described as an experience.

Of course it was freezing cold with a strong wind, and there was no shelter as we waited for the megabus (because someone kindly broke all of the glass windows out of the shelter). Regardless, I was excited to head to Chicago for an AMA Iowa mid-year retreat! 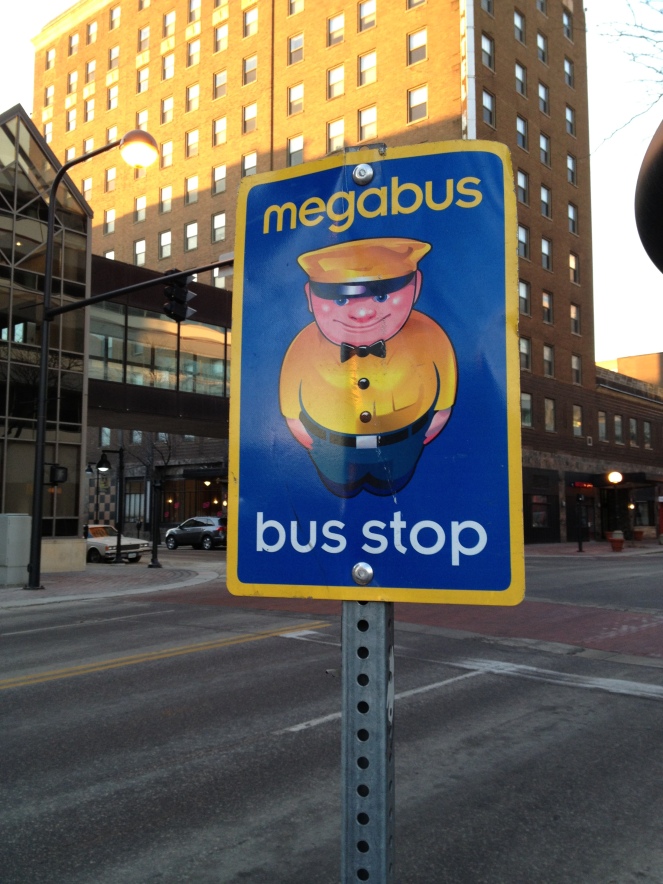 Our bus finally came after a long wait and we were finally off!

It was a long ride to Chicago…eight and a half hours of riding in a bus to be exact that didn’t go over 55 mph and seemed to be at least 80 degrees inside. So not fun.

Luckily there was Wi-Fi on the bus, so I could do some work and life catch up.

We passed the time by eating plenty of Zebra Cakes. 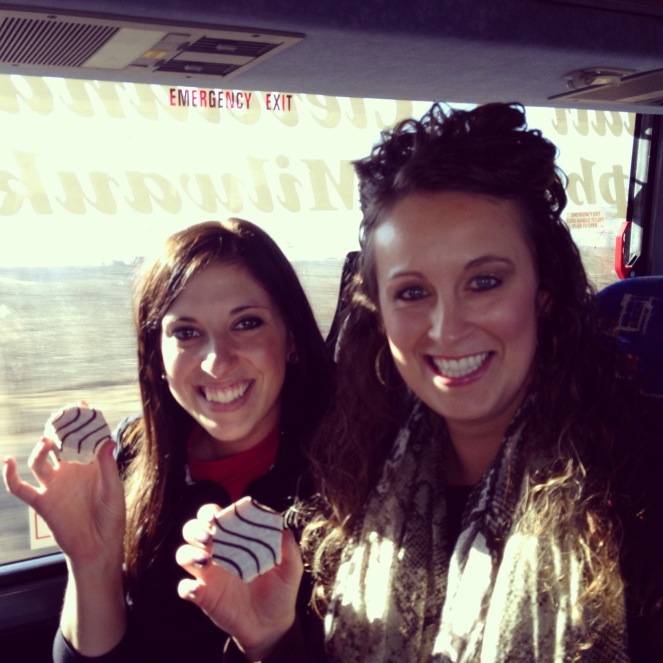 We finally made it to Union Station! I couldn’t have been happier to finally get out of that bus. We quickly grabbed our luggage, as we arrived three hours later than planned into Chicago and headed straight to the blue line. Of course, our conference was out in Rosemont, so it was a 45 minute train ride out to the ‘burbs by O’Hare. At this point, I was so over public transportation. Luckily we found seats and had a smooth ride, plus I had some great company with me!

We were the chattiest people on the El. I forgot that in Chicago people just don’t talk on public transportation. Oops! Riding the El brought me back to the good ole days of living in Chicago, but I do have to say that I don’t miss public transit one bit.

As soon as we arrived at our hotel it was time for the networking/social hour with the 12 other chapters that were attending. It’s always so fun to meet people from other AMA chapters and hear their best ideas! After socializing, our team of five headed out to Toby Keith’s I Love This Bar & Grill for dinner. We had such a blast…loved this bar and grill! A must see if you are anyone that has one close by.

Delicious food and a 50% off any app Foursquare deal (yes, friends it pays to check-in)!

I had a delicious hamburger. It totally hit the spot after riding a bus for eight and a half hours…

The bar and grill was in the coolest little area in Rosemont! 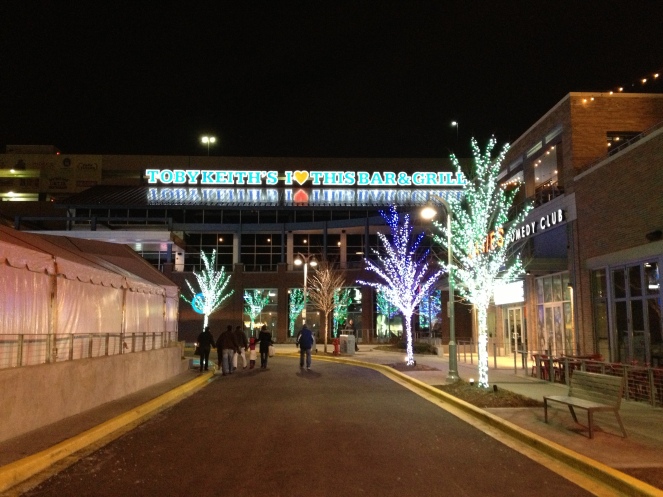 After dinner we headed back to the hotel and went straight to bed, as we were all wiped.

Heeeellllooooo huge room! A bedroom and a sitting room, all for me. 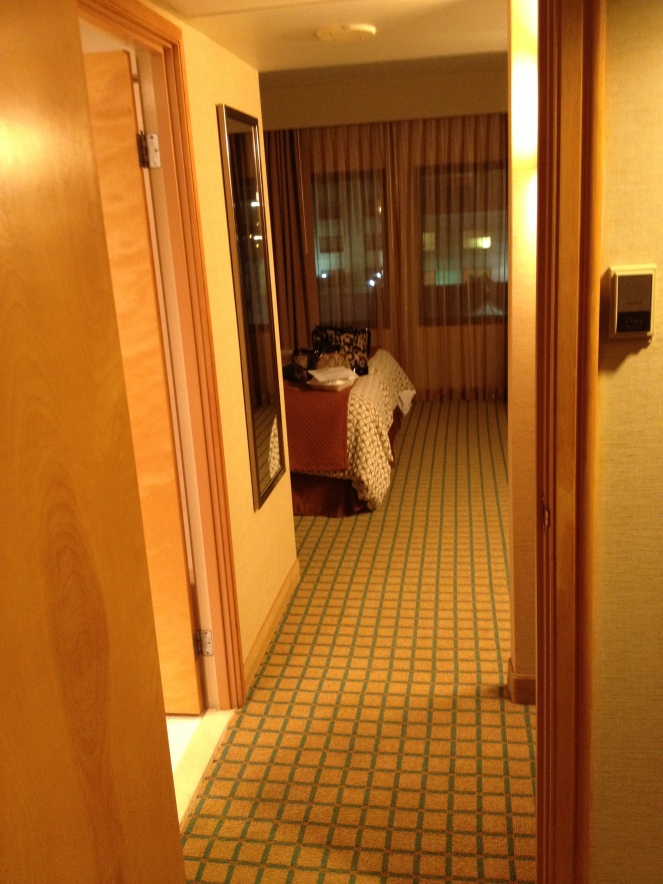 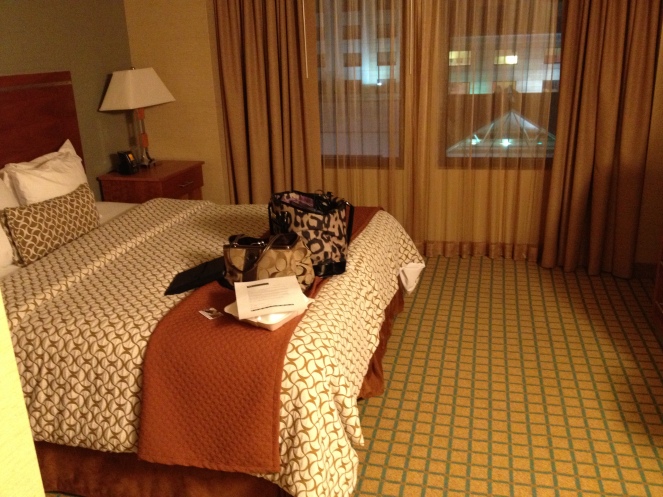 Saturday morning came way too early. I felt like I hardly slept at all, so I literally forced myself out of bed to head to an early breakfast at 7:30 (I know, not that early but I hate mornings!). We loaded up on food and headed to the conference room. Let the conference begin!

For the next seven hours we listened to presentations from chapter leaders and shared ideas with other chapters. And I won a networking tips guidebook (I love winning), which I can’t wait to dive into.

We left the conference a little early, as we needed to head back downtown to catch a 5 p.m. bus at Union Station. Back to the El we went! 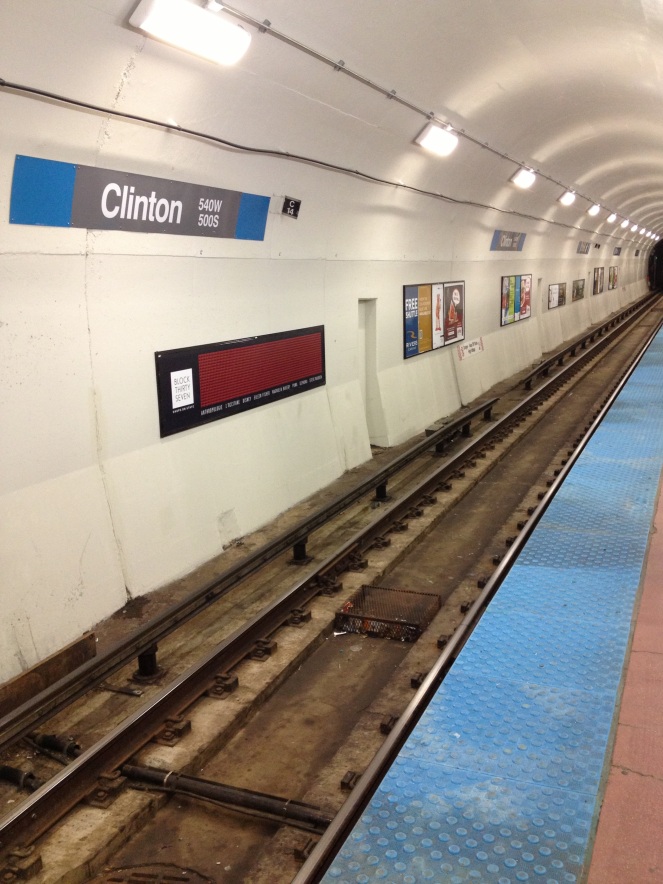 Luckily we arrived downtown a little early, so we grabbed a quick bite of pizza at Beggars Pizza and took in a few sights. 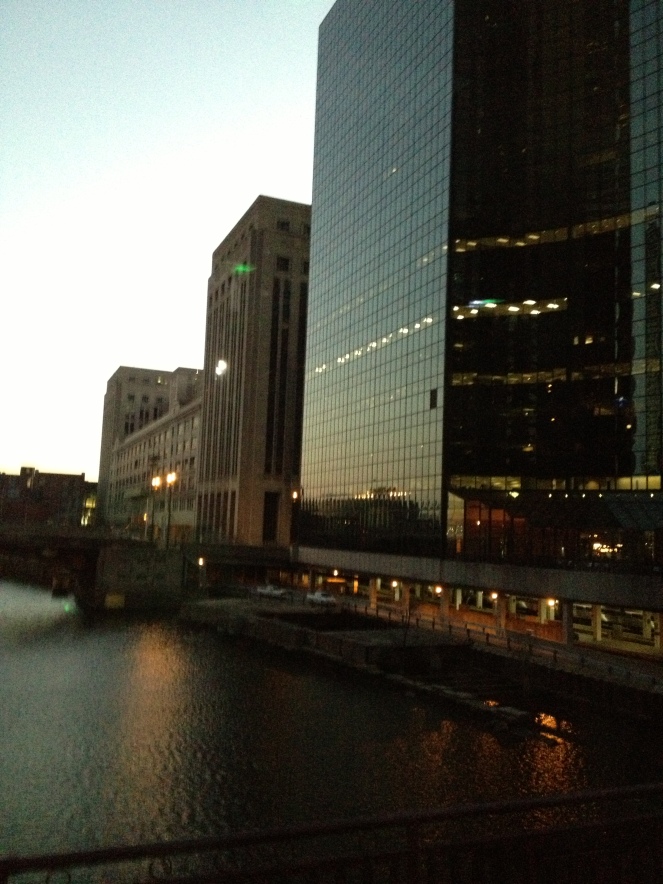 Our bus took off on time (cheer!), we actually went a normal speed on the way home, our bus wasn’t over 80 degrees and we made it home earlier than the time on our ticket! Woo hoo! But, the wind was blowing at 30 mph on the way home, so we did ride on what we termed “megaswerve” on the way home!

It was a quick trip to the city (minus the drive out there), but I had a blast hanging out with some of my favorite AMA Iowa peeps and learning some tips on how to be a better chapter.

How was your weekend? Have you ever had a megabus experience? Hope it was better than ours!